If you are in need of something to watch while you are social distancing, here are three that I have found captivating and interesting. All are available right now on Netflix. 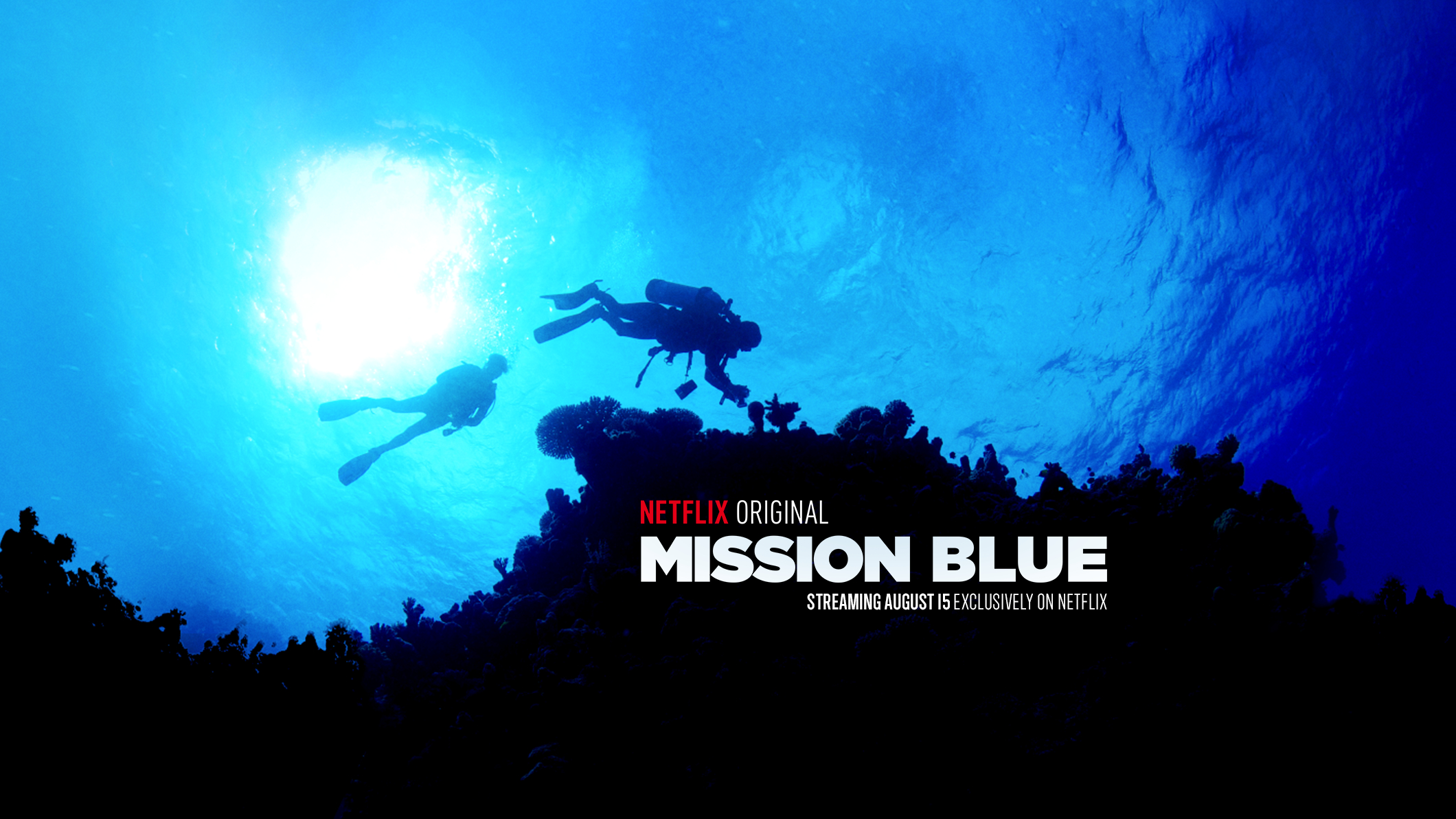 1.) Mission Blue: The first film on my list is a very pertinent one concerning the planet. While my other two on this list are light hearted and fun, this one is a bit heavy… but so important! We are living in a home-bound time where we might as well be aware of, not only the Coronavirus crisis, but the ocean crisis. This film is about the oceans and how one woman, Sylvia Earle, has spent her life learning about and seeking to protect the ocean blue. This documentary is beautifully filmed and very moving. It is fascinating to learn about Sylvia Earle’s life as a scientist during a time when women weren’t expected (or encouraged) to be such. And yet, her impact on the field of Marine Biology and her positive impact on ocean conservation efforts has made waves (pun intended.) Sylvia Earle leaves us with the question, “How can we use the ocean and not use it up?” Check out this film! Click here to see a trailer.

2.) Always Be My Maybe: The second film on my list is light hearted and fun and incredibly refreshing. Directed by Nahnatchka Khan and written by comedian Ali Wong and two others, this film explores the friendships of two people who lost touch but cross paths again later in life. Ali Wong’s character is a smart empowered woman who is driven and successful in her career as a chef and uncompromising in who she is. (Refreshing!) And she has her set of multidimensional flaws as well. (Also refreshing!) This film touches on friendship, love, culture, empowered women and is all around refreshing and funny. The actors are fantastic. Check out the trailer here.

3.) Taylor Tomlinson Quarter Life Crisis: Third on my list is a comedy special by comedian Taylor Tomlinson. Her humor may not be suitable for everyone, but you never know! 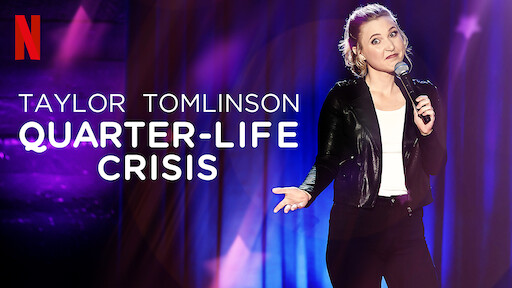 If you have more titles you’d like to add to this list involving women that are available for streaming during this time of social distancing, feel free to send them in the comments!

This Netflix documentary is SO good. Seeing Alexandria Ocasio-Cortez and other women running for the house is truly amazing and inspiring. Check out this film!! It’s on Netflix.

in 2018, never before seen in U.S history, a record number of women took their place among the men in Washington: 90 women were elected to the House of Representatives. Though we still have a ways to go for parity in politics (women still only represent about 25% of representatives in the House and Senate) the 116th congress will go down in history as a historic time. As if that were not enough, these women politicians are fighting for ALL people’s rights: Ocasio-Cortez does not just represent women, she represents the working class and progressives, female and male, and takes on the establishment to create a more equitable world for everyone. This film gives us a glimpse of what that fight for representation in government looks like.

“For one of us to make it through, 100 of us have to try.” Alexandria Ocasio-Cortez.

After seeing this film, I thought to myself, “She could be president someday.”

Game of Thrones is a fascinating show that has engulfed the minds of millions of Americans. According to CNN, the recent premier of season 8 captivated 17.4 million people. But what is even more fascinating is how everyone seems to just gloss over the disgusting way women are treated in the storyline. Yes, the idea of Game of Thrones is that it is a cruel and dark world. But it just astounds me how millions of people consume these images of naked women being pushed around, raped and degraded without question. (Or maybe they do question it?) People do not seem to bat an eyelash at the way the characters refer to women as whores, twats and cunts at every other word. Apparently, there are empowering aspects of this show where the women take control of their own lives, but I have yet to see this. I have numerous female and male feminist friends who love this show, and perhaps I’m missing something, but after only getting midway into season 2 I’ve stopped. I can’t stomach seeing women be treated so grotesquely. Maybe we can acknowledge the awful treatment of women and still watch the show? The thing is, I haven’t even gotten to season 5 where one of the characters is gratuitously and brutally raped. Millions and millions of people watch this show. What does this say about the society we live in where we are ok with watching women be treated this way? If there are empowering scenes of women, cool. But it seems these scenes are few and far between. From what I can tell, it rarely passes the Bechdel Test. I wish I could watch this series but I can’t stomach seeing women being used up in brothels and battered around sexually. Numerous articles have been written about this topic from TIME magazine to Esquire.  Does it get any better as the seasons progress?

As writer for BookRiot, Olivia Páez points out, “As one of the biggest shows on television, one has to wonder what message it sends to its audience when the majority of its female characters are subjected to some form of abuse for the sake of shock factor.” Who benefits from this shock factor? Are we, the viewers, growing ambivalent about seeing women battered around and used like objects? It honestly really disgusts me if so.

And then there’s another side to this argument. Perhaps, according to the Telegraph, we should applaud seeing this horrific violence towards women? In an article titled, “Game of Thrones: Where Sexual Violence and Misogyny are good news for Women” writer Rhiannon Evans states, “We’re talking about that rare breed: a TV programme that portrays women as well-rounded. A programme that says wars aren’t all about men –both sexes can be players and pawns.” The article goes on to discuss the rape scene in season 5. Game of Thrones author George RR Martin said that excluding sexual violence from a story about war was “fundamentally dishonest”. He went on to say, “Rape, unfortunately, is still a part of war today. It’s not a strong testament to the human race, but I don’t think we should pretend it doesn’t exist.” Ok that, I understand: This horrific part of humanity (masculinity, b/c, let’s face it, not a lot of women are raping) still exists and perhaps Game of Thrones is trying to draw attention to it to make people more aware. Certainly it would be wrong to pretend it doesn’t exist. Writer Rhiannon Evan goes on to say, “There is much to be said for this argument. Yes, the women in Game of Thrones ‘suffer wrongs’. But whether it be lost daughters, forced marriages or physical injury in battle, why should they be ignored?”

I still can’t stomach watching the violence against women…

In the meantime, I wish I could watch Game of Thrones… but I’ll pass.

One of the best quotes of the movie is one RBG repeated from the infamous 19th century abolitionist and feminist Sarah Grimke who says,

“I ask no favor for my sex. All I ask of our brethren is that they take their feet off our necks…”

When I went to see the film, the theater was packed: People outwardly applauded, clapped, sighed with disdain, and laughed. It’s been a long time since I’ve seen a movie with that captive of an audience. (I also couldn’t help buying an RBG mug for myself and two others after seeing the film.)

RBG directly changed many sexist laws in the United States and has served as a voice for human rights and reason during her time as Supreme Court Justice.

Check out the trailer below:

If you’re looking for a refreshing and quirky movie with a female protagonist to watch, check out The Incredible Jessica James. It’s on Netflix. I loved this movie! I thought it was going to be a series so I was disappointed when the credits rolled 😦 Check it out!

I haven’t seen such a good film in a loooong time. With the approach of the inauguration of a demagogue, it was great to escape into a film so enthralling and full of amazing women. And it passes the Bechdel Test hands down.

Played by Taraji P. Henson, Octavia Spencer and Janelle Monáe (yes, the Janelle Monáe, singer and songwriter) Hidden Figures is the true story of the women who did the calculations and research that made it possible to send people into space. Interwoven in the film are the obstacles these amazing women, Katherine Johnson Dorothy Vaughan  and Mary Jackson, had to overcome during the segregated 1960’s. This movie was immensely refreshing and we need more movies like it. Check it out!