Shots were fired outside my house in my Montana neighborhood late Tuesday night and that’s when I knew Trump was officially the President of the United States…Celebratory bullets into the air. My friend, in another part of town heard some guns being fired there too.

This is a sad, sad day in world history. We have come so far in human rights and environmental protection and we must continue to fight for the greater good, even in the face of a Trump take-over. I really want to be hopeful that it won’t be too bad, and there certainly IS hope, especially if we continue to unite and stand together.

As we know, Hillary Clinton won by popular vote. Donald Trump only won due to the electoral college. (Perhaps we should look at changing the system in that regard…That’s how George W. Bush got into the presidency too.) But yes, Hillary Clinton did win by popular vote and not all hope is lost YET. There is a change.org petition going around directed to the electoral college saying, “You don’t have to cast your vote for Trump!” Already, one state has said they’re doing just that: Maryland officially became the first state to approve a plan to put their votes towards the candidate who won by popular vote and not Trump.

Remember, electors in the electoral college are not actually obligated to vote how their state did and can be urged by the people to vote for Hillary. Almost a million have already signed the petition. It’s a long shot, but if we spread this petition like wildfire, maybe we truly could prevent Trump from taking the presidential seat. Let’s rise to action! But we only have until December 19th, because that is when the college officially votes. Click here to access the petition. We must rally and protest. And remember, elections for other political positions are coming up again in two years: VOTE! Do not take your right to vote lightly.

One reason I think this Trump take-over has happened is because I heard a lot of this: “Oh, he’ll never actually run for president…Oh but he’ll never get the republican nomination…Oh but there’s no way he’ll actually win.” And here we are. People largely underestimated the monster and so did not feel compelled to get out and rally for Hillary. Coming up in this presidency, (if the electoral college does indeed vote him in) we have to be aware when people say, “Oh he’ll never actually pass that bill…” or “Oh he’ll never actually deport people.” Etc.

Let’s not be naive because Trump is not to be underestimated. Also, let’s face it, sexism, whether overt or subconscious, did play a major roll this election. Just an idea: If Trump were a female, there’s no way she would have been allowed to say the things that were said and to get where things are now; do you agree?

Red president, red house, red senate. Certainly, it is true that not all republicans are so bad, (thankfully) but look at the news and see how this has already effected the people: You will see there has been a jump in violence against specific groups of people in the past 48 hours. And the KKK was spotted on a bridge in North Carolina just after a Trump victory was announced:

Trump has posted what he will do in his first 100 days and it does not look good. Some of it may not even seem that bad to some people, but I would caution those who see it that way to be cautious of the rhetoric: Sometimes things that are horribly bad, are made to sound not so bad in rhetoric.

We must UNITE. We must continue to take a stand against misogyny, racism, and xenophobia of all types.

Start a rally in your community!! Show the world that this is not OK. Write a letter to the editor in your newspaper. Or just speak your mind between friends. Every little bit is powerful. Speak up, protest and stay safe. Because people like the KKK are coming out of the wood-works. And people like this too, are feeling free to spout their vile words:

Here in Montana, we had a gathering of people last night. It was empowering and hopeful to see the compassionate people of my community come out and take a stand promoting acceptance and equal rights, and denouncing that which Trump stands for. Be strong fellow Americans, and fellow world-citizens, we will get through this.

Let’s do this! Here’s the journey in a little video

This election is pretty scary. We’ve got to keep speaking out and need to keep going “high” when some go “low.”

Get out and vote! Not just for the president but for local representatives, across the board, because they too have a major impact on our country’s well-being. Research your candidates, see what news they’ve been in, be informed. Let’s create some positive change and turn the page to a better chapter in history. Let’s continue to call out misogyny, racism and hypocrisy for what it is. 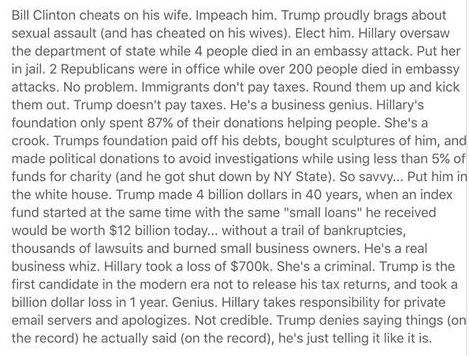 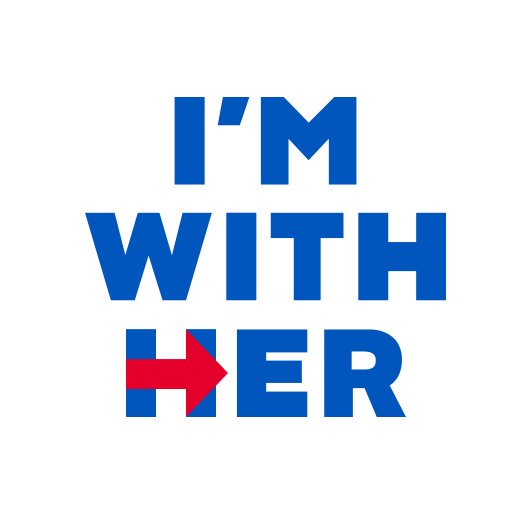 Hillary Clinton made history last night in her speech as the official presidential nominee for the Democratic candidate for presidency. There was some controversy in the nomination process, but Bernie Sanders endorsed Hillary himself saying, “I intend to do everything I can to make certain she will be the next president of the United States.”

I personally am excited and hopeful for her to become our next President of the United States. She’s experienced, she’s smart and savvy and, although her record may not be perfect on certain issues, she has made a lot of progress, has championed education and healthcare, and has spoken out for the rights of women worldwide, for a very long time. This is truly an historical moment in American and global history. Although can understand the appeal of a third party candidate like Jill Stein, at a certain point we have to look at the reality of the situation that a third party vote, as our political system currently stands, sadly, truly is a throwaway vote, (aka a vote for Trump.) This is particularly true considering Stein won’t be on the ballot in all 50 states (unless something shocking made it possible.) Rebecca Traister, writer for New York Magazine agreed, when speaking on Democracy Now today, that the best option is to vote for Hillary. And Gary Johnson; well, yikes. And Trump; that would send our country into a downward spiral that would threaten the stability of our nation. Check out the video below for a REAL clip of Trump requesting Russia hack into classified U.S documents. The added commentary is, of course, from the Daily Show’s Trevor Noah who humorously comments for relief to a horrific potential reality.

This election decision should be an absolute no brainer decision, and for many it is. But in case you’d like more comparison between the two main candidates, here is just a portion of facts assembled together by Ultraviolet, the petition organization fighting for rights. 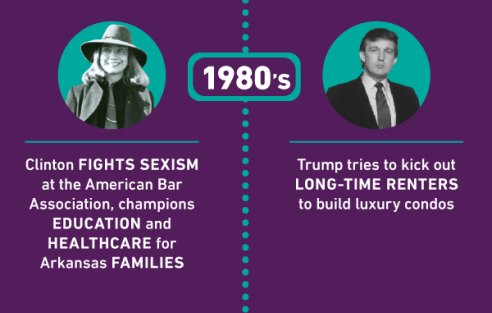 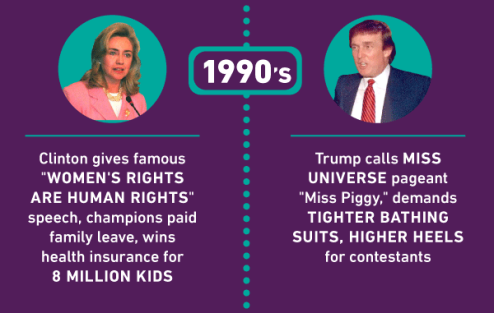