Skip to content
Home“What’s so Scary About Smart Girls?” 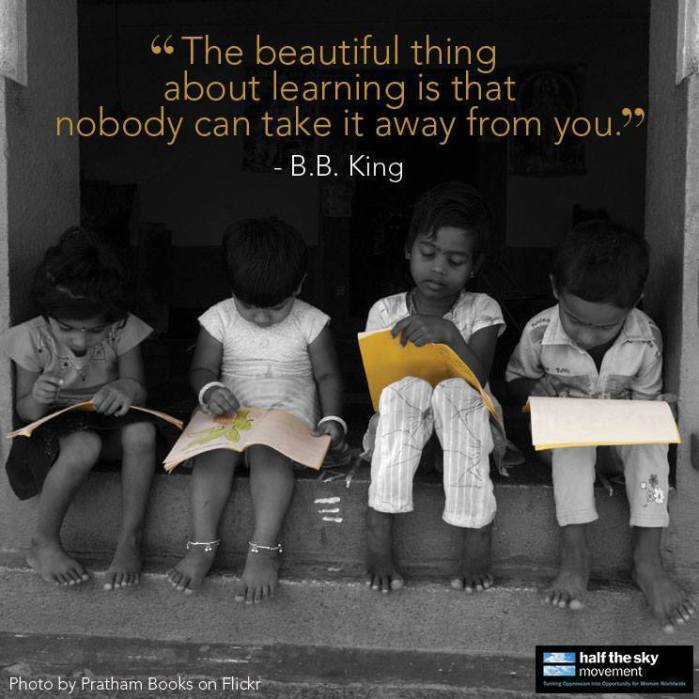 If you’ve been following the news lately, you’ve heard about how the terrorist group in Nigeria, known as Boko Haram, kidnapped 200 girls and announced they were going to sell them into sex slavery.

I would like to leave you with the wise words of Nicholas Kristof from his article titled “What’s so Scary About Smart Girls?” Kristof is the co-author of the revolutionary book Half the Sky.

“Why are fanatics so terrified of girls’ education? Because there’s no force more powerful to transform a society. The greatest threat to extremism isn’t drones firing missiles, but girls reading books.

In that sense, Boko Haram was behaving perfectly rationally — albeit barbarically — when it kidnapped some of the brightest, most ambitious girls in the region and announced plans to sell them as slaves. If you want to mire a nation in backwardness, manacle your daughters.

What saddens me is that we in the West aren’t acting as rationally. To fight militancy, we invest overwhelmingly in the military toolbox but not so much in the education toolbox that has a far better record at defeating militancy.”

One thought on ““What’s so Scary About Smart Girls?””